As Moser Energy Systems continues its strategic trajectory to providing energy security, energy independence, and responsible environmental stewardship, we are refreshing the Moser brand to underscore our commitment to these purposes. Leveraging the strengths of our past and aligning our innovation for the future, Moser will be a leader in the global energy transition.

We are excited about the future. 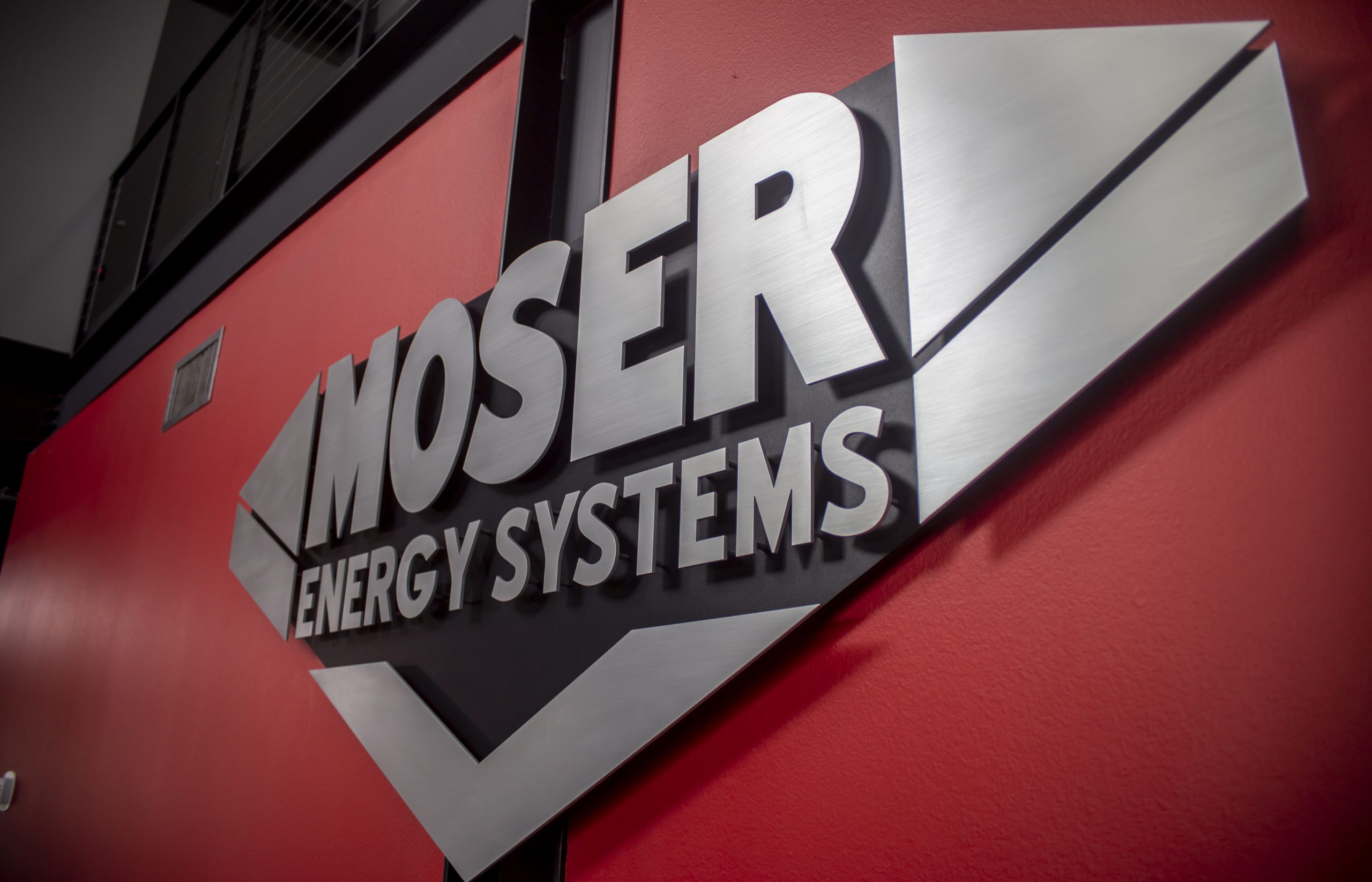 “I am excited to join the great Moser Energy team. Moser Energy is recognized as a trusted leader with a company history stretching back nearly 50 years,” Peter said. “In addition to outstanding customer service, Moser Energy is highly regarded for its innovation and technical expertise in delivering industry-leading quality and reliability.  I look forward to working with our dedicated team at Moser to build upon the company’s rich legacy.”

“We are excited to welcome Peter as Moser’s new CEO, and we look forward to his leadership as we continue to innovate and grow our business across the country,” … Read the rest “Moser Energy Systems Welcomes Peter Dawes as President and CEO” 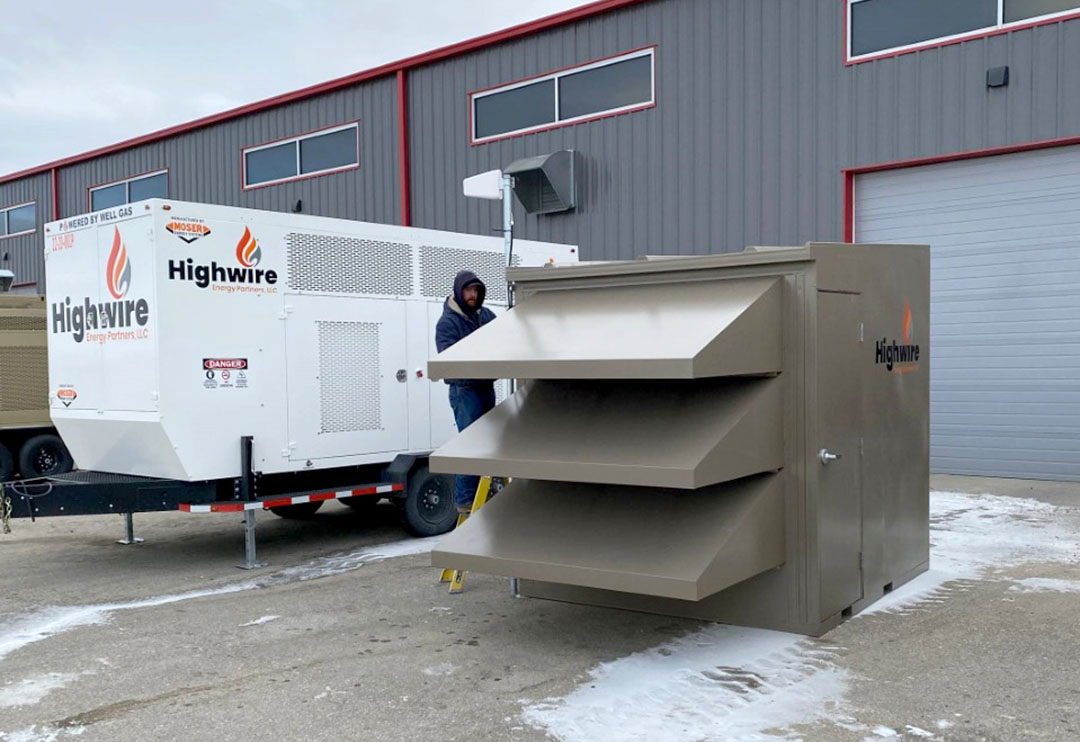 Moser Energy Systems has recently partnered with Highwire Energy Partners, a locally-owned business that utilizes Wyoming’s oversupply of natural gas in order to mine cryptocurrency.

Cryptocurrency is a relatively new form of “money,” that doesn’t actually involve physical dollars and cents. There’s no cash. Cryptocurrency, such as Bitcoin, is a digital asset that can be used to make purchases.

Additionally, cryptocurrency is completely decentralized, meaning there’s no central authority (such as banks).

Cryptocurrency is of special interest to energy companies, such as Moser Energy Systems, due to the element of “mining” that goes into it.

“The key to cryptocurrency and being profitable in mining is your operational expenses, with power being your number one operational expense” said Ashton Wilson of Moser Energy Systems. “It’s your number one OPEC when mining cryptocurrency; electricity, right? So there are some guys in the industry who figured out that there are a lot of stranded wellhead gas where there is no infrastructure, pipelines, etc.”

Wilson said that the producers of the wellhead gas (such as oil and gas companies)have to flare that gas off or pay to have it be hauled off. Basically, the remaining gas was just being wasted. Highwire Energy Partners figured … Read the rest “Moser Energy Systems Partners with Highwire Energy” 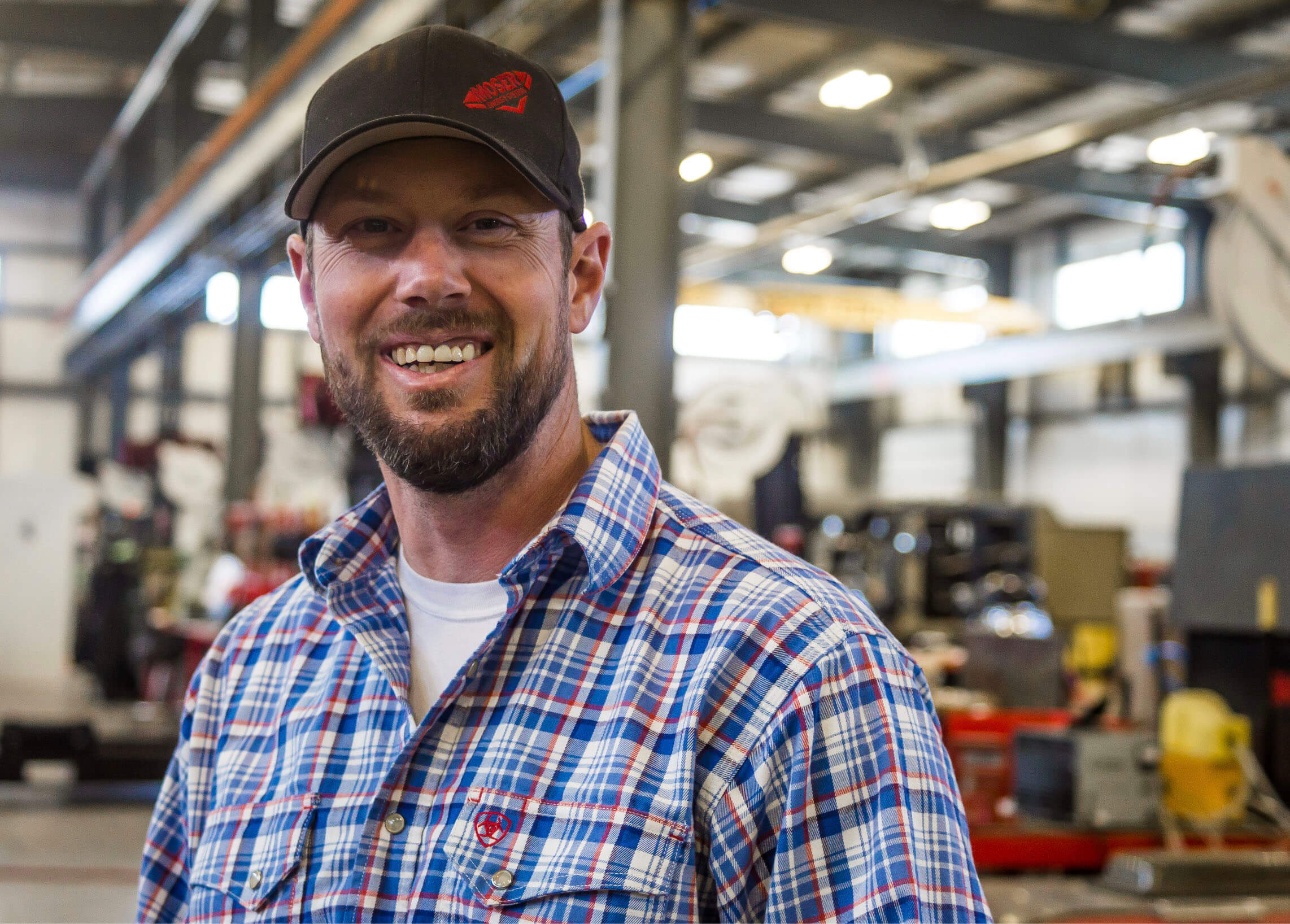 Bio: “It all started with a motocross race,” Jay Hutchinson began.

According to the story, Hutchinson, the DJ and Permian Operations Chief for Moser Energy Systems, first began working for the company because a friend of his, and fellow motocross racer, called him one day and asked if he knew anyone that knew how to work on generators. Hutchinson did – himself. Shortly thereafter, he was introduced to the COO of Moser Energy at the time, and the two hit it off famously. They bonded over motocross and it wasn’t long before Hutchinson was being sold on the idea of working for Moser Energy Systems. It was an idea he eventually bought.

“I met the COO at the time, because his son raced,” Hutchinson stated. “So after talking to him, I decided very quickly that I wanted to be a part of Moser. I wanted to be a part of that family company. I got insights into the whole background of the company and I liked the environment. I liked the idea of … Read the rest “Moser Energy Systems Employee Spotlight: Jay Hutchinson” 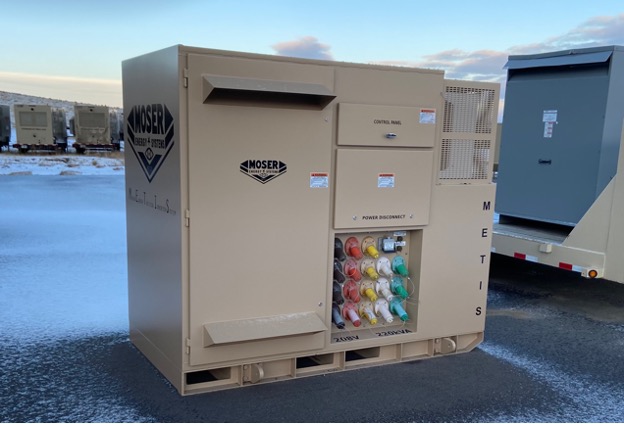 Moser Energy Systems is proud to announce the company was recently awarded a sole-source contract with the United States Army Corps of Engineers Construction Energy Research Laboratory (CERL) based in Champaign, IL. The contract is for the development and delivery of Moser’s revolutionary hybrid power system called METIS, (Moser Energy Tactical Inverter System). METIS integrates conventional power generation equipment with expandable battery energy storage in a rugged and deployable package. Through the use of battery energy storage and advanced power electronics, METIS reduces fuel consumption by 40% versus conventional power generation and cuts greenhouse gas emissions in half while providing far superior power delivery and power quality. METIS is designed to operate with military generators currently in the DoD inventory and to become an important enhancement to military tactical microgrid capability. Hybrid systems are crucial to providing the critical power needs of the modern warfighter on a battlefield that is heavily dependent on reliable energy.

METIS is based on the successful Moser HybridGen released in 2019 and is part of Moser Energy Systems’ commitment to providing leading-edge technology amid a fast-changing energy landscape. Hybrid systems, such as HybridGen and METIS, extract the full potential … Read the rest “METIS Press Release” 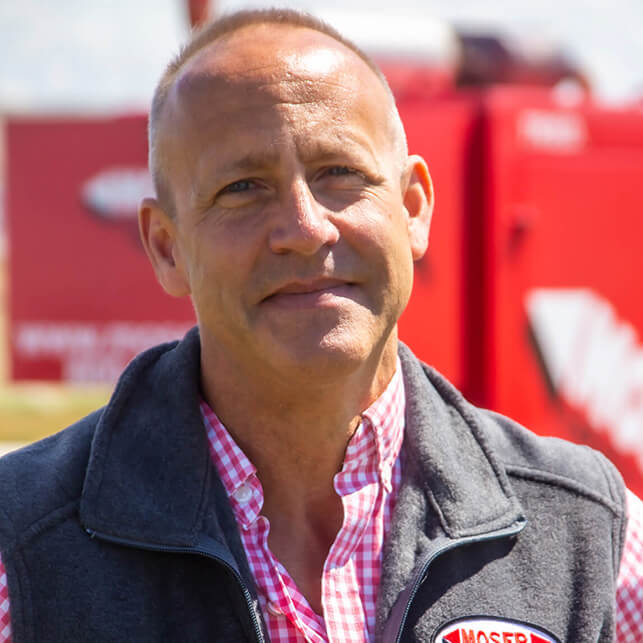 “I’ve known the Moser family for ten years,” Moorman stated. “I started working with the company ten years ago when I was working for PSI [Power Services Inc.] and I developed a great rapport with the people that worked there and the people who owned the company at the time. I helped out a lot in the development of the Moser Solution and Moser helped with the development of the PSI Solution, and we worked really well together.”

After Moorman left PSI, he began working at a microgrid company. This led to various conversations with the higher-ups at Moser about where Moorman saw the industry going in the future.

“It started out as a conversation about the trends that were going on in the energy world, what I saw those trends leading to and where I thought Moser … Read the rest “Moser Energy Systems Employee Spotlight: Darrin Moorman” 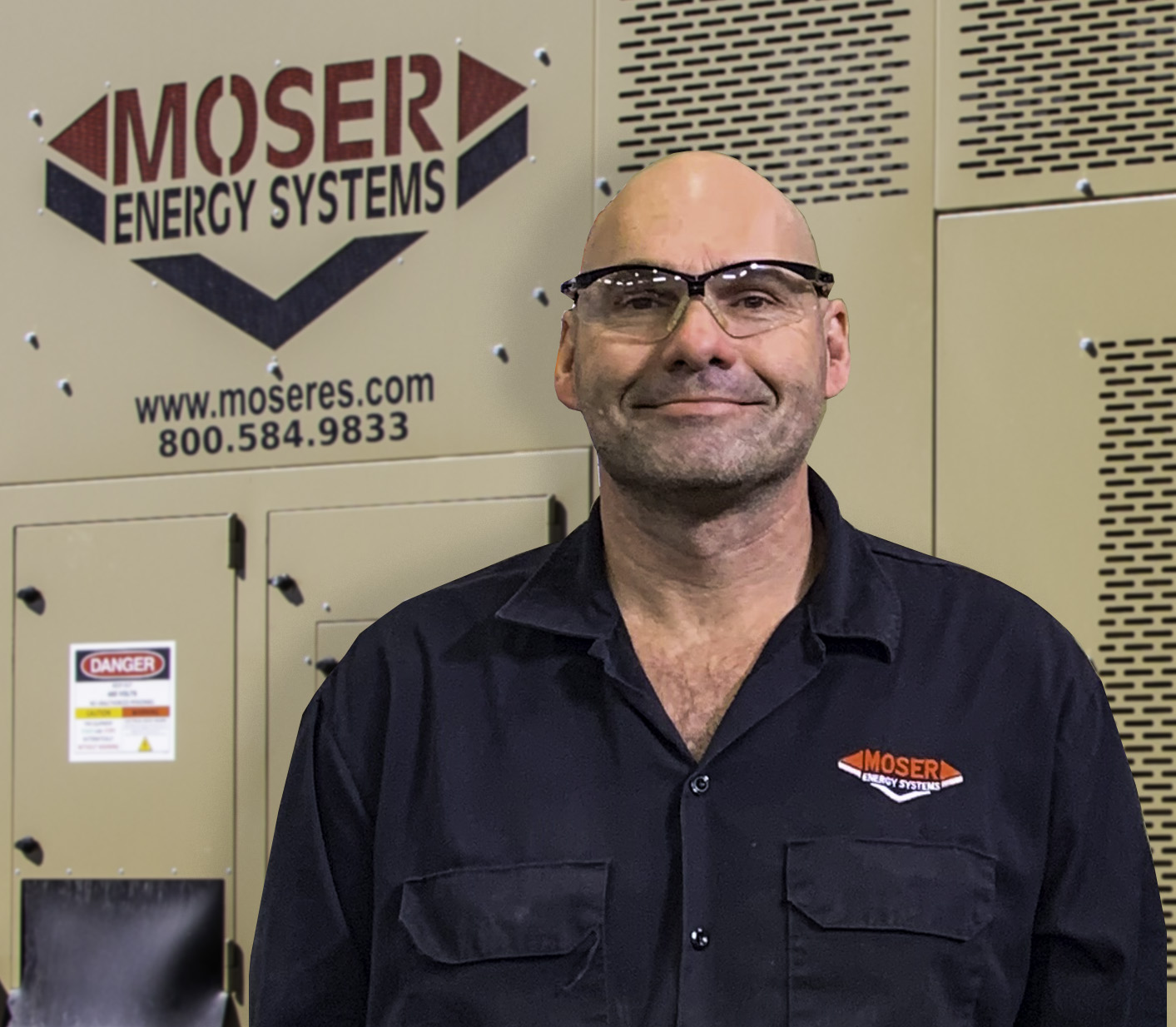 Bio: Michael Zedell began working for Moser Energy in 2018, after spending a number of years working for a local construction company. While he has spent his life working with his hands, working for Moser would be an entirely new and different experience. Zedell knew the history of Moser, as well as the legacy, and he wanted to contribute to it in a positive way.

Zedell has been working for Moser Energy for the past two years; he has learned a lot, about the job and about himself. While doing so, he’s become a vital part of the team. Zedell stated that he primarily works on fuel systems and generators but that, when he’s able, he lends a hand to whoever needs a little extra help.

“The work I do kind of just depends on what the unit calls for,” he said.

Zedell said that everybody at Moser helps each other out when they need to, but, typically, the work is so busy that most production workers stay in their own lanes.